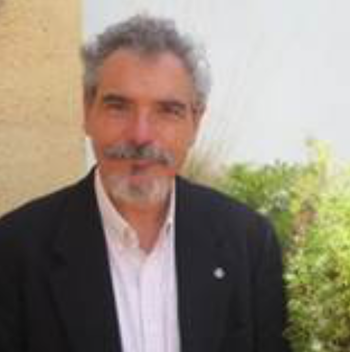 Jordi Casabona is a medical epidemiologist trained in Public Health in US (Scholl of Public Health, University of Texas, Houston). He has been working on the field of HIV/STIs since 1987, when he started the AIDS Registry at the Catalan Health Department; he has worked at the Global Program on AIDS (GPA/WHO) (1989-1990); has been the Director of the Program on HIV Prevention Control in Catalonia, and  from 1990 to 1994 and since 1995 and also, is the Scientific Director of the  Center for Epidemiological Studies on STIs, HIV and AIDS (CEEISCAT) (www.ceeiscat.cat) of the Catalan Public Health Agency. From CEEISCAT he implemented a very long standing and comprehensive information system on HIV/STI in Catalonia, using both formal surveillance systems and observational studies, like systematic diagnostic and behavioural monitoring, which were introduced in 1994, which in 2015 was  been recognized by WHO as an example of good practices on HIV surveillance and monitoring and evaluation.  He has been consulting for WHO and UNAIDS in a number of countries, mainly in central Asia and Eastern Euroope. Dr. Casabona used to be the Co-President of the XIV International AIDS Conference (Barcelona, 2002), as well as part of different ECDC and WHO expert groups. Currently he is the President of the Foundation SIDA i Societat (www.sidaisocietat.org), a non-profit organization working on Guatemala since 2004, also he teaches epidemiology and public health at the Universitat Autònoma de Barcelona (UAB). In addition Dr. Casabona is the coordinator of the program on transmissible Diseases of the CIBERESP, and used to be the Principal Investigator of the European Commission funded ERUROEDAT Project, including 19 countries. Presently Jordi Casabona is member of the WHO virtual network on Sexual Health, and coordinates WP 6 of the INTEGRATE JA.