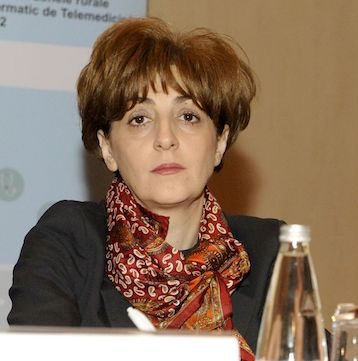 State Secretary, Ministry of Health of the Republic of Romania

Mrs. Pop started her prodigious career as a Doctor – Physician in 1996, achieving the competencies in medical sciences between 2002 and 2009. After entering as a resident doctor in internal medicine in Bucharest Emergency University Hospital in 1997, she went from being University Assistant to Chief Doctor of the department of Gastroenterology, Doctor Specialist in internal medicine, specialist in diabetes, nutrition and metabolic diseases. Permanently enhancing her knowledge and expertise in the medical area, Mrs. Pop also developed in the academic area, as she has a long lasting career both as a Lecturer and afterwards Associate Professor within the University of Medicine and Pharmacy Carol Davila, Internal Medicine Discipline 2 Gastroenterology since 2008, respectively 2016 until present. In 2015 Mrs. Pop was nominated Secretary of State in the Ministry of Health, occupying this position until present, being responsible of coordinating the Department of classified documents and the Unit of implementation and coordination of project.